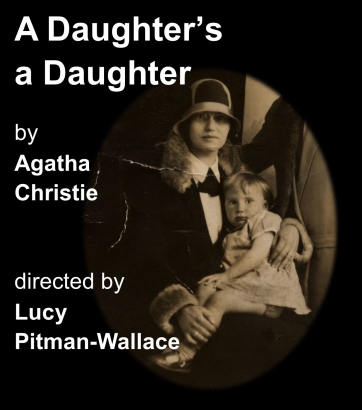 “The trouble with a sacrifice is that once it is made,it isn’t over and done with”

This is Agatha Christie, but not as you know her. A Daughter’s a Daughter is an intense family drama published by Agatha Christie under the name Mary Westmacott.

William Congreve wrote “Heaven has no rage like love to hatred turned”, and Agatha Christie shows she is as adept at family issues as she ever was with detectives and murder suspects. In A Daughter’s a Daughter set just after WW2, Ann Prentice, a widow on the cusp of remarriage, has to choose between her only daughter and the man she loves. What follows is a remarkable exploration of the aftermath of sacrifice, as love turns to hatred and mother and daughter struggle to understand what has happened to them.