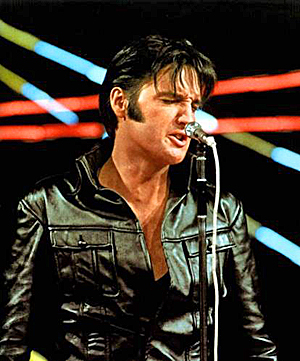 Elvis Presley’s legendary television special Elvis, better known as the “’68 Comeback Special,” will be screened this summer to mark the 50th anniversary of its original airing. This screening will take place Friday 24th August.

This show marked Presley’s return to live performance after seven years during which his career was centred in the movie business. Presley was unhappy with his distance from musical trends of the time, and the low-quality movie productions he was involved in.

Initially planned as a Christmas special by the network, and Presley’s manager Colonel Tom Parker, producer Bob Finkel transformed the idea. He hired director Steve Binder to update Presley’s sound, and to create a special that would be current and appeal to a younger audience. The special garnered good reviews when it aired, topped the Nielsen television ratings for the week, and was the most watched show of the season. Later known as the “Comeback Special”, it re-launched Presley’s singing career and his return to live performance.

Elvis was one of the greatest performers in living memory and shaped Rock and Roll music for decades.

Clad in black leather and backed by his original sidemen, the King reclaimed his crown with one of the greatest performances of all time.