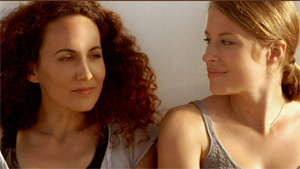 It hardly needs saying that the adjective in the title is about as accurate as the one in Haneke’s Funny Games. Happy End is a satirical nightmare of haute-bourgeois European prosperity: as stark, brilliant and unforgiving as a halogen light. It is not a new direction for this film-maker, admittedly, but an existing direction pursued with the same inspiration as ever. It is also as gripping as a satanically inspired soap opera, a dynasty of lost souls.

The movie rehearses almost all of Haneke’s classic themes and visual ideas: family dysfunction, inter-generational revenge, the poisonous suppression of guilt and the return of the repressed. There is the horror of death combined with a Thanatos-like longing for its deliverance – one line in particular shows how Happy End has been inspired by the climactic moment of his previous film, Amour.    The Guardian