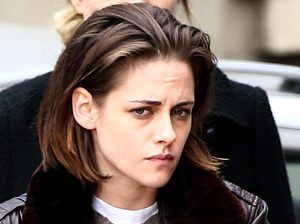 Kristen Stewart stars in this mystery thriller which revolves around a ghost story set in the fashion underworld of Paris.
The Guardian Review

The genius of Kristen Stewart as an actor – and the thing that often makes her maddeningly elusive to write about – is a quicksilver quality. We are in no doubt while watching that she is delivering an extraordinary performance, but it’s often incredibly difficult to tease out just what it was that made it great. In the case of Olivier Assayas’s flawed but sporadically fascinating supernatural drama, the key is in the tiny, unassuming details. Stewart delivers a career-besting interpretation of a young woman who finds herself in a purgatory of grief following the death of her twin brother.

There’s a nervous, caged-bird flutter of her fingers that hints at her unease in certain situations. And there’s a cough that punctuates a line about the “presence” she sensed in her brother’s former home. It’s a line that could have had a camped-up, spooky quality but the cough grounds it, makes it banal. As a psychic who suffers from the same congenital heart defect that killed her twin, Maureen is used to being a couple of steps closer to death than most people.

The boldest decision by Assayas is to juxtapose this spiritual, metaphysical theme, which unfolds in a muted, dusky half-light (I hesitate to say twilight), with the stridently superficial world in which Maureen works. She’s a personal shopper for a pampered, high-profile celebrity; her job entails wrangling craven fashion houses desperate to get their frocks in front of the cameras that follow her boss. It’s in this milieu that Maureen meets Ingo (Lars Eidinger), a peripheral character whose smirking creepiness doesn’t quite merit the narrative significance that he has later in the film.