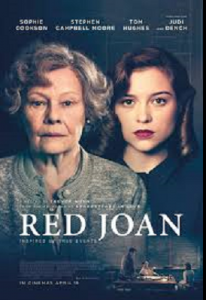 RED JOAN is a British drama in which an elderly woman recalls her past as a spy. Inspired by the life of British civil servant Melita Norwood, it’s the story of Joan Stanley who was exposed as the KGB’s longest-serving British spy.