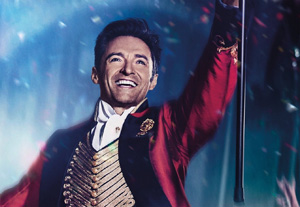 Hugh Jackman is P. T. Barnum in this exuberant musical film with original songs (not the same as the popular musical Barnum, though based on the same character).