Duration: 120 mins including interval
All Tickets £15 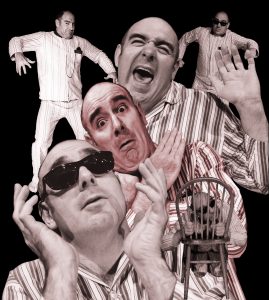 ebrating a day in the life of ‘Llareggub’ – a small seatown somewhere in Wales – all 69 ebullient inhabitants in Dylan Thomas’ timeless masterpiece are assidulously recreated in an amazing feat of memory and virtuosity. Complemented by a stunning original soundscape, it’s bawdy and beautiful, sad and sensual and, through the music of language, leaves indelible, unforgettable images of humanity.

Made famous by Richard Burton’s legendary recording in 1954, Guy Masterson (Burton’s nephew) brings the entire work it to vivid life on stage.

This astonishing solo performance premiered in 1994 and has played over 2000 times all over the world from Swansea to the West End, Trinidad to New Zealand, Hong Kong to Calcutta over 53 years, enchanting audiences wherever it has played. “If you’ve never seen Under Milk Wood before, this is perhaps the ultimate rendition. Don’t miss it!” (The Times)